Sharing the impact of our work across the country.

Recognition is more than plaques and trophies. Not only does it bring years of hard work to light, but it helps amplify a name and, more importantly, a cause. For MCAN, 2014 was the year when we started making a name for ourselves on a national stage — all the way to the White House, to be exact.

For our innovative work in the college access space, MCAN was invited to join the White House College Opportunity Agenda, a task force led by First Lady Michelle Obama that focused on the vital role of school counselors in impacting students’ college and career readiness. As part of the task force, former Executive Director Brandy Johnson spoke at the White House higher education summit in July 2014.

MCAN also participated in the White House College Opportunity Day of Action. The summit was created to support former President Barack Obama's commitment to partnering with colleges and universities, business leaders, and nonprofits as a way to support students across the country and help the U.S. reach its goal of leading the world in college attainment. During this event, MCAN joined President Barack Obama, First Lady Michelle Obama, and Vice President Joe Biden, along with hundreds of college presidents and other higher education leaders, to announce new commitments to help more students prepare for and graduate from college. 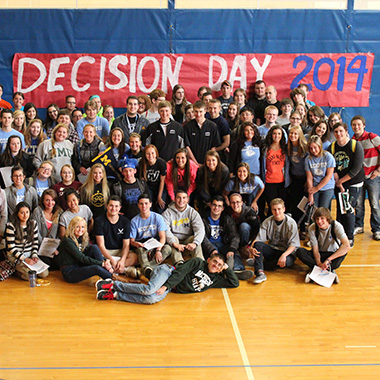 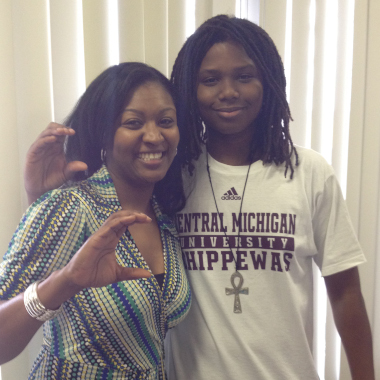 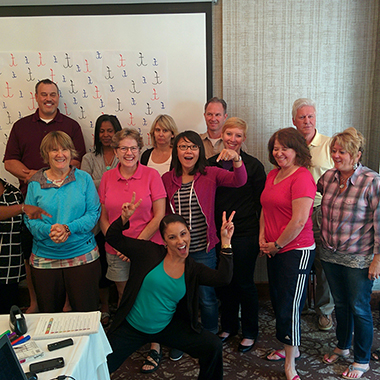 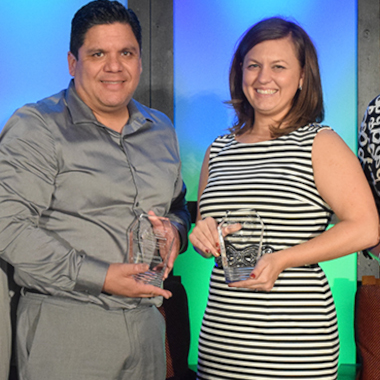 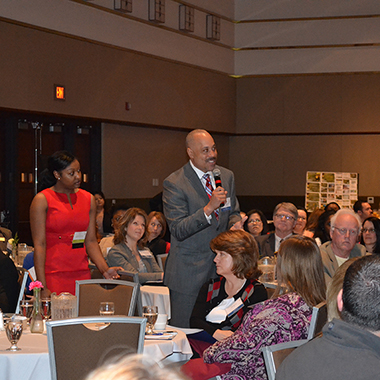 Former Executive Director Brandy Johnson also was invited to visit the White House as part of a National Day of Leadership around college access. “I was one of the few leaders to be invited, so that serves as a testament to MCAN's progress,” Brandy recalls.

Beyond D.C., Lumina Foundation selected MCAN to provide coaching to its 75 Community Partnership for Attainment grantees. This training included technical assistance in network development, partnership health, and racial equity. The grantees went on to work closely with Lumina and national thought leaders to develop customized action plans focused on reaching attainment goals to increase the percentage of high-quality credentials held by community residents.

Recognizing her four years of leadership and a non-stop commitment to college access, Brandy also received a number of awards in 2014. These awards didn’t just reward our former executive director for a job well done — they were a testament to the strong reputation MCAN had collectively built over the years leading up to this point.

In September, NCAN honored Brandy with the Executive Leadership Award of Excellence. Brandy was one of three award recipients nationally. NCAN recognized Brandy’s ability to lay the foundation for MCAN’s success in less than five years by connecting critical players and institutions, and by partnering with a diverse range of philanthropic, governmental, and economic organizations. More specifically, NCAN cited MCAN’s ability to raise more than $8 million in federal, state, and private funds by 2014 to invest in Michigan’s college access movement, under Brandy’s leadership.

The moment Brandy received the award became a piece of MCAN lore that Brandy remembers well:

“Some folks from MCAN staff and funders nominated me for the National Executive Director of the Year Award,” she recalls. “It happened to be that the conference was in Phoenix, which is my hometown. I was sitting in this ballroom with more than 500 people, and Caroline Altman Smith got up to present the award. She started talking about the award winner, and it became clear that, though I had no idea beforehand, it was for me. I looked around the table at my staff and everyone was tearing up. Ryan pushed over two napkins to me. One was literally just a napkin, because he knew I was going to start crying. And the other was a list of people to thank when I went up there. I went up to accept, started reading the list, and saw that he wrote 'My family, who is in the audience.' I had no idea they were even there. They all stood up and clapped, and it was a really special moment.”